4 common dental insurance mistakes that can lead to fraud

Did you know that accidental dental insurance mistakes can lead to accusations of fraud?  We know what you’re thinking, “how do you accidentally do something unethical?” But the truth is that it’s more common than you think.

Over years of being in the dental industry, we have seen various practices be audited, and seen a few dentists lose their license or worse, go to prison because of fraud in their practice. In most cases, ignorance is no excuse when it comes to fraud.

This topic is important to us because we care about dentists and everyone working at the practice. We want to help you collect more money but we want to do so legally.

In this article you will learn how certain billing mistakes, even small ones, can lead to fraud and get your practice into potential legal trouble. By knowing this information, you will be able to avoid these mistakes that could cost you your license and practice.

In dental insurance, most fraud is being committed on the claim form. When we talk about Preferred Provider Organization (PPO), a doctor signs a contract and agrees to write off a certain amount of the standard fee for a service rendered. This agreed-upon fee determines the total patient financial responsibility.

So sometimes when there is an associate dentist who’s not credentialed, meaning they’re not in-network with the insurance payer, whoever is filing the claim will list the in-network provider as the treating doctor on the claim form to get the network fee for the patient.

For instance, if you look at the dental claim form, under the ‘treating dentist’, it’s fraudulent to list the owner dentist as the treating dentist, when services were performed by a different provider of the practice to gain network participation.

It’s misleading, and you must accurately disclose who that treating doctor is. If the treating dentist is out of network, it’s going to affect how the benefits are paid.

It’s fraudulent because the dentist may receive funds they are not entitled to. If you’re a patient, your dental plan may have a higher deductible and not pay 100% or 80%. They may pay 80% of a cleaning instead of 100% if treatment is rendered by an out-of-network dentist. 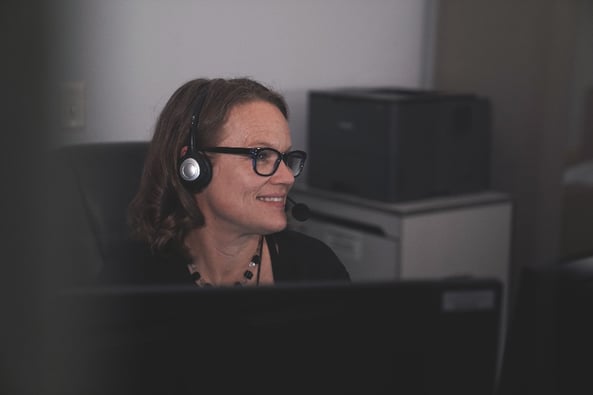 More often than not, employers are self-funded, meaning that an insurance company, like Delta Dental, is hired to administer their plan, and make payments on their behalf, however, 100% of those funds come directly from the self-funded employer.

The reimbursement is what ends up being calculated incorrectly, leading to a fraudulent billing practice.

You may fall into a different scenario where you’re unsure who to put on the claim form if you live in a state that allows services to be rendered by clinicians other than the dentist.

For example, in states that allow a hygienist to render services without a doctor on site, the doctor who regularly sees the patient or who diagnosed the patient and recommended the service, needs to be listed on the claim as the treating provider.

Simply put, whoever is in charge of filing claims needs to be 100% accurate when filling out the ‘treating provider’ section of the claim form.

2. An accident leads to fraud on a dental claim form

Let’s play out the following scenario to better understand how a mistake on the claim form can lead to a potentially fraudulent claim.

A patient comes in who has fallen in the kitchen and broken his front tooth. On the claim form, you have to disclose that the treatment is related to an accident. Dental software usually defaults to leaving this field blank. Someone will have to manually go in and change that.

Next, you need to figure out what kind of accident this was. Was it workers' compensation? Was it an auto accident? If a dental practice doesn’t know how to manually enter that or understand the importance of specifying the claim as it relates to the accident, it’s common for the team member to just send the claim off, get it paid, and move on.

They don’t realize that they just received reimbursement the dentist wasn’t entitled to because they didn’t disclose it was related to an accident. The dental payer may not be liable to pay that claim until it’s first considered by medical or any other third party.

3. Lack of education and training can lead to potential fraud in your dental practice

When common dental billing mistakes lead to fraud that can land a dentist in prison, one can’t help but wonder, what went wrong? We usually chalk it up to a lack of education and training. The dentist doesn’t see what is wrong with these small errors on the claim form.

Let’s be honest though if you haven’t had proper training on these small discrepancies and their importance, how would you know?

As we mentioned before though, ignorance is not an excuse. Below is a real example of when a lack of knowledge has led to insurance fraud within a dental practice.

“I had a dentist call me a couple of years ago. He was in a panic because someone turned him into the state dental board and he was being investigated for insurance fraud. He says to me, ‘I thought insurance fraud was reporting something you didn’t do, I had no idea there were other types of insurance claim fraud.’

His office manager was mad and turned him in. Why? Unknowingly for a number of years, whenever they had a locum tenens, (a temporary doctor filling in for a doctor who may be on vacation for a week, or who may be sick), they were reporting that the treating doctor was the owner instead of the locum tenens.

Time goes on, and this dentist decides he wants to sell his practice. This leads to restructuring and people losing their jobs…His office manager was upset because she’d been there X number of years and he sold the practice. So she turned him in for inaccurate reporting and receiving the money he was not entitled to.

He technically was unaware of what was happening, but because his name is on the practice, he is responsible.

In the end, he had to resubmit all of those claims wrongly listing him as the treating dentist, and listing the proper treating dentist. This resulted in refunds being also issued to the payer for inaccurate benefit reimbursement.“ – Dilaine Gloege

Obviously, you can’t prevent someone from being vindictive when plans go awry, but this dentist should have known what was going on behind the scenes when they were being paid for procedures performed by locum tenens.

4. Down-coding and up-coding in a dental practice

Coding inaccuracies can also lead to fraud within your practice.

It gets sent in as a prophy because their benefit plan pays either two prophys a year (which is a cleaning) and 2 periodontal maintenance procedures per year.

Instead of receiving no benefit coverage at all, the hygienist reports the two periodontal maintenance procedures as two prophys, therefore the patient receives benefit coverage. This leads the dentist to receive benefits they weren’t entitled to because it has been down-coded.

Down-coding means to report a service lesser than what was performed that resulted in the dentist getting paid when they shouldn’t have been paid.

On the flip side, there is up-coding. It’s quite literally the opposite of down-coding. This is when, for example, a patient comes in and has what’s known as an impacted tooth in the bone. It requires removing bone around the tooth with a surgical bur, or sectioning of that tooth for removal.

It’s a specific but clear line that every dentist should be aware of.

Save your dental practice from mistakes

It’s a common theme in all of our articles: education is power. In this case, it can save your practice from making common, small mistakes that can lead to huge problems. Not only do you and your team need to be fully aware of rules and regulations on claim submissions, but also coding. Document and report what you do, always!

It’s tedious and meticulous work. Luckily, there are several ways we can help:

Ignorance is no excuse, and will not keep you from losing your license or going to prison. To learn more about how adding extra eyes to your insurance claims can help prevent fraud, schedule a call with one of our billing experts.